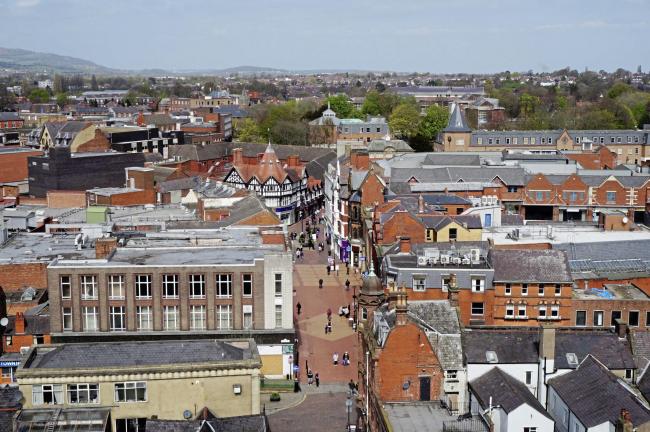 Plaid Cymru Senedd Election candidate for Wrexham, Carrie Harper has today hit out at Labour’s “failure of delivery” after twenty years at the helm of the Welsh Government.

Ahead of the Labour manifesto launch tomorrow, Carrie Harper pointed to “promises broken, commitments dropped, and targets missed”, making the case that only a Plaid Cymru government would put into action the radical policies required to deliver social justice for everyone in Wales.

The Plaid Cymru candidate for Wrexham who was born and raised in Caia Park where 42% of children live in poverty, added that Wales’s poorest communities had been “let down and left behind” by the Labour Welsh Government.

“Labour have represented my home community of Wrexham at every level of government at some point throughout my life.

“Their warm words on social justice are betrayed by their record of promises broken, commitments dropped, and targets missed.

“In Caia Park where I was born and raised, figures show that 42% of children live in poverty. Labour set a target of eradicating child poverty by 2020 but dropped it when it became clear they would fail.

“After promising to bring empty homes back into use, Labour oversaw an increase of 40% in the number of empty properties across Wales.

“Despite committing to supporting autistic people and their families, Labour voted against a much-needed Autism Act for Wales.

“And although they claim to be on the side of families, Labour have ignored their own Child Poverty Review and voted against expanding Free School Meals to children from households on Universal Credit.

“These are just some examples of how Labour have made honourable pledges but failed to deliver. This proves that only a change of government and a vote for Plaid Cymru on May 6th will ensure that the right policies are put in place to tackle poverty and grow the economy.

“With an ambitious programme to create 60,000 jobs, offer free school meals to all primary pupils, give a £35 weekly child payment to families, and train and recruit 6,000 extra doctors, nurses, and allied health professionals, Plaid Cymru is committed to proving that there is no problem Wales cannot solve for ourselves.”