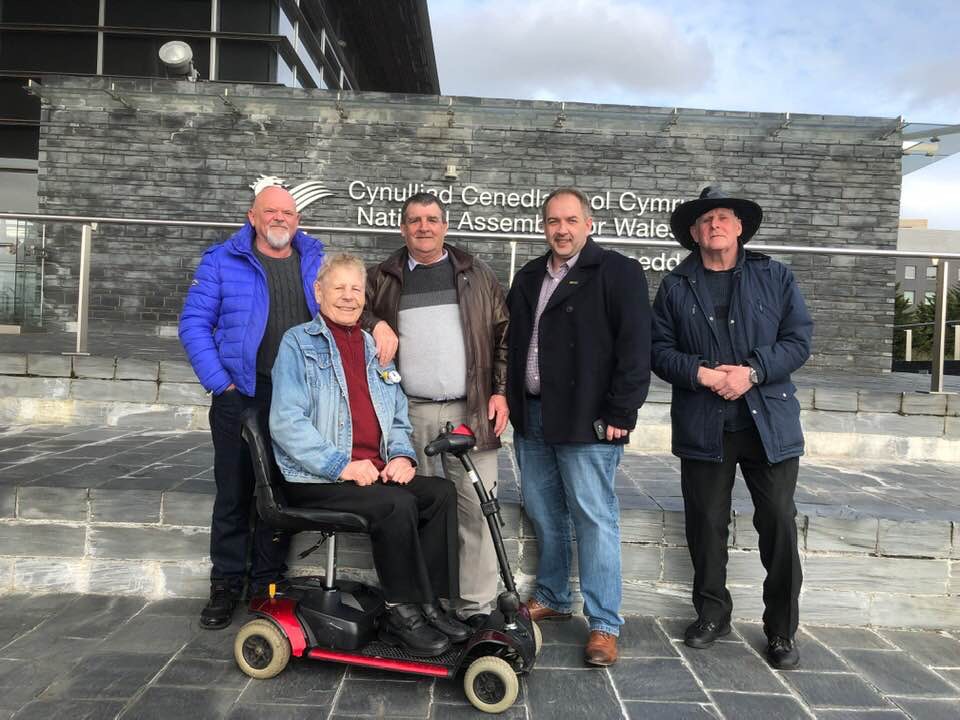 Following on the work of the late Steffan Lewis AM,  Rhys Mills - alongside former miners Harry Parffit, Ken Sullivan, Emlyn Davies, Gareth Hughes and Neville Warren spent over three years 'visiting each village, town and city in south Wales' to gather support for the Campaign for Miner's Pensions.

Like hundreds of others former miners and colliers around the UK, their fight centres around the Mineworker's Pension Scheme which has left some pensioners surviving on as little as £60 per week.

Under a deal made with the government, any surplus money gained from the Mineworkers’ Pension Scheme, with 200,000 members, and the British Coal Staff Superannuation Scheme, with 57,000 members would be split 50/50 between the Treasury and scheme members.

While it was estimated the funds would generate a £2 billion surplus over 25 years, it had done far better than expected.  Last November, energy minister Claire Perry revealed £617 million had been taken by the Treasury in 2018 alone.

As a result, the situation now means over £10 billion has been taken by the British Government while former miners and miners’ widows are surviving on about £80 a week.

"It has been a journey which has encompassed hundreds of miles and thousands upon thousands of pages of signatures" said Rhys Mills about the campaign.

"Steffan decided to make fighting this injustice an integral issue for the party and his office...I have the honour of keeping a promise I made to my friend."

With the help of Plaid Cymru MP Jonathan Edwards, the campaign was able to secure a victory in late 2019, securing a commitment from the Minister of State for Business and Industry to write to the British Treasury recommending the pension trustees proposals are accepted.

"It has been an enormous honour to assist with their fight to secure what is rightfully theirs", said Mills, " I only wish that Steffan was here to see it".

To read the BBC article on the campaign, click here.