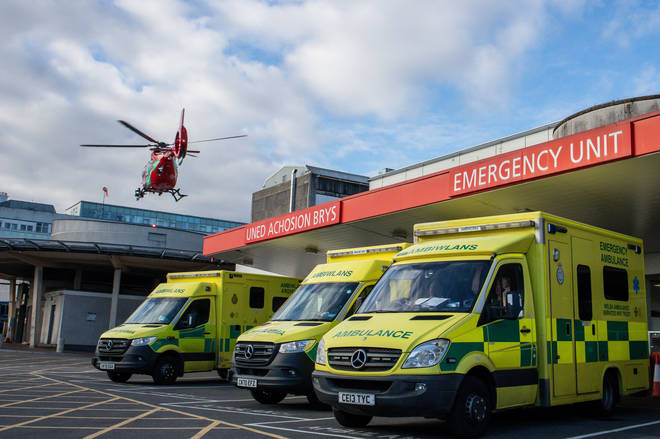 The poorest people in Wales have been twice as likely to be hospitalised due to Covid-19 as the least deprived, according to a new report by the Chief Medical Officer.

Dr Frank Atherton's report into the first six months of the Covid-19 pandemic captures some of the health impacts of the disease on Welsh society - including the revelation that women, ethnic minorities and the poor had suffered worse health and economic impacts in Wales.

Leanne Wood, Plaid Cymru's equalities spokesperson, said: "This is a snapshot of the first six months of the pandemic up to September 2020 and of course a lot has happened since as this is a fast-moving situation. However, this is a comprehensive report that lays bare the reality that Covid-19 has had a greater impact on the most deprived in our society.

"That, according to Dr Atherton, is because of existing health inequities that have been made worse by the pandemic - so poor health, poor housing, lack of qualifications and work opportunities have meant you're twice as likely to end up in hospital and more likely to end up needing ITU care.

"This is a terrible pandemic and we often say that it doesn't discriminate, but it does - this report confirms that it hits the most vulnerable the hardest."

She said the report confirmed that we cannot go back to how things were prior to the pandemic: "There are two statistics that stand out for me in this report. One is that life expectancy is nine years shorter for the most deprived group of men compared to the least deprived in Wales. But an equally damning statistic is that the gap in health life expectancy between the most and least deprived was even greater at 18.2 years for men and 19.1 years for women.

"Covid-19 has affected everyone but this report shows that it has disproportionately hammered the poorest communities in Wales - areas like Rhondda Cynon Taf, which now have the worst rates throughout the UK.

"The health inequities highlighted in the report are also made worse by the economic impact - 22% of workers have lost a fifth or more of their income in the pandemic and that has inevitably pushed many to the brink financially and emotionally. The financial uncertainty workers and many small businesses have faced has not been good for mental health and it's good to see that is recognised in the report.

"This is a pretty stark reminder that we cannot just go back to how things were - things weren't great before the pandemic for far too many people in Wales. We need to ensure that health gap, which too often reflects the wealth gap in our society, is closed for good.

"Dr Atherton makes a valid point that these health inequalities between social groups - especially for people with disabilities - are often avoidable and unfair. The challenge, as ever, is not just to identify the problems we face in our society but to change it."