Will Labour turn the lights back on? 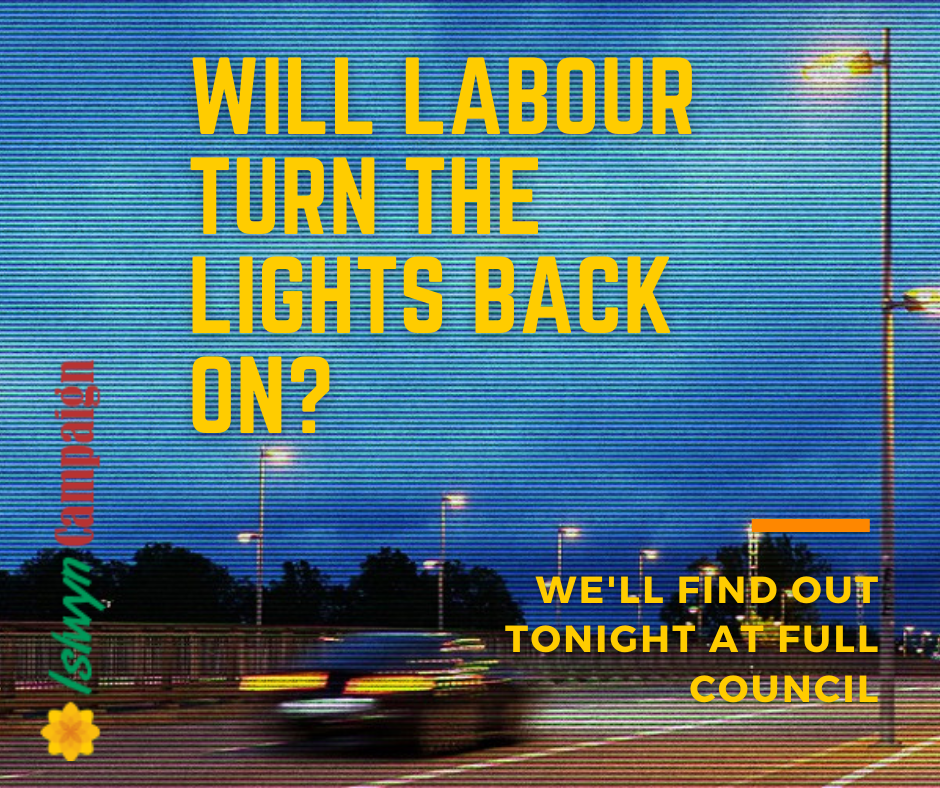 This Labour Council has ignored the public on streetlights.

Labour councillors in scrutiny even tried to stop this motion being debated in council.

There have been over two hundred letters sent in by members of the public objecting to the lights switch off, as well as thousands more signing a Plaid Cymru petition.

Labour’s blackout is negatively impacting the lives of people who live alone, the vulnerable, the elderly and shift workers.

In 2010, Labour councillors claimed that the then Plaid Cymru administration “Were putting lives at risk” when we had a public consultation around switching off lights between major towns and on industrial estates.

There is a fundamental difference between switching off lights in the heart of communities versus a by-pass or an industrial estate.

2021 Candidate Rhys Mills said "I’m sure that Labour councillors will revert to their usual battle cry of “Where would the money come from”  ...the same Labour Group that spent millions of taxpayers money to pay for a senior officers’ pay scandal, and the same Labour group that’s closing our leisure facilities.

The money can be found if there is a political will, but Labour are obviously determined to keep the taxpayers of the borough in the dark.

Labour should stop all further switch offs before the damage is done and have a major re-think about switching the lights back on.

We will find out tonight at a full council meeting, the people of the borough should take note of who is with them and who is not."